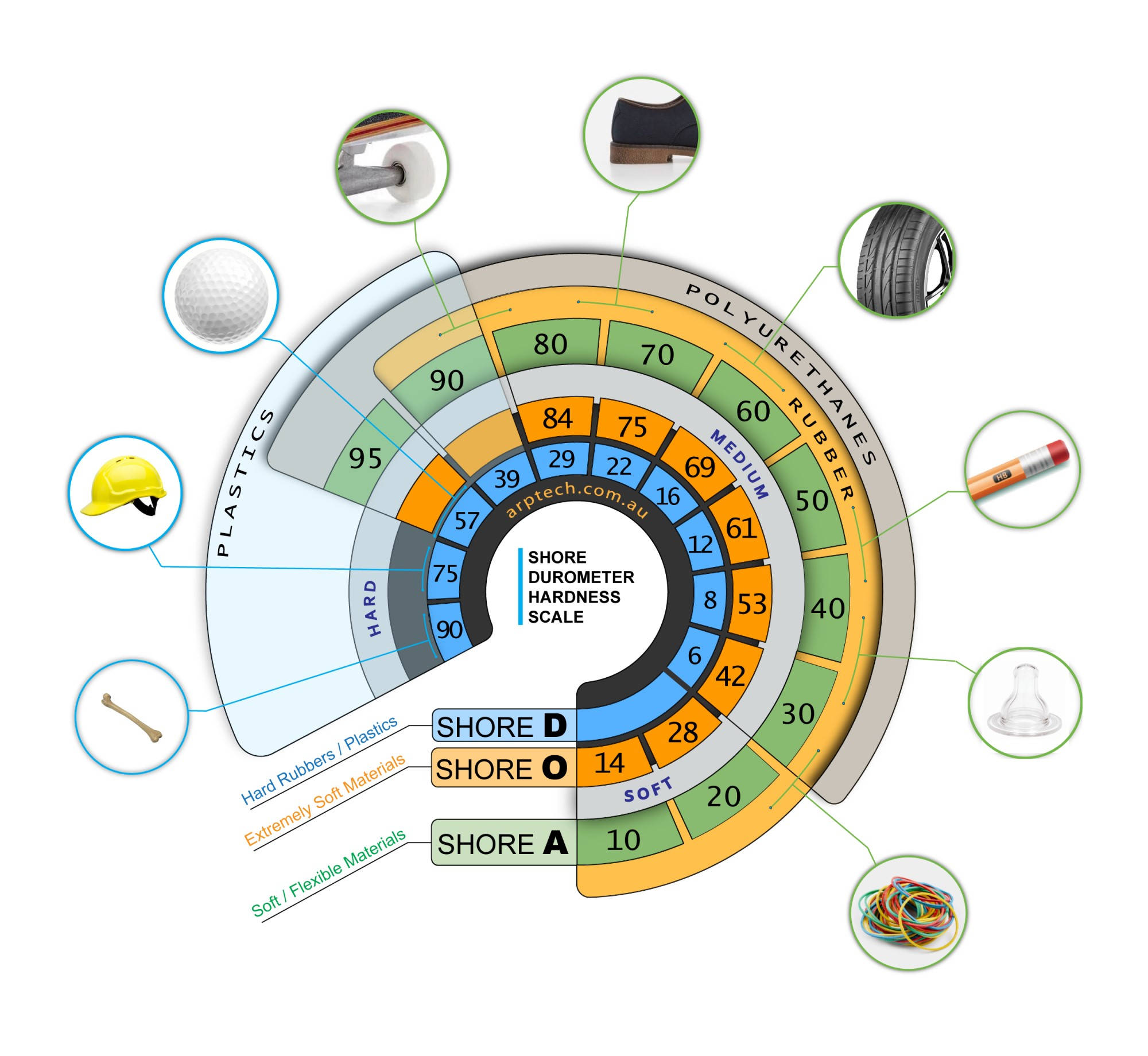 What is Durometer Shore Hardness?

The Durometer or Shore durometer is typically used as a standard for measuring the hardness of non-metallic materials such as Polymer, Rubber, Elastomer. The Shore hardness is measured with a device known as a Durometer and the determined hardness values are therefore referred to as Durometer hardness.

It is important to note that the scales overlap, but are independent of each other. There is no straightforward relationship between a material's durometer in one scale, and its durometer on any other scale, or by any other hardness test. Despite these limitations, it can be useful to show a rough indication of how the different hardness scales are correlated.

The Durometer hardness scale was defined by Albert Ferdinand Shore, who developed a device to measure hardness in the 1920s. The Durometer term is often used to refer to the measurement as well as the instrument.

The Hardness test is based on the measurement of the penetration of a rigid ball into the specimen under specified conditions. The measured penetration is converted into International Rubber Hardness Degrees (IRHD). The hardness scale of degrees is chosen such that 0 represents a material having an elastic modulus of zero, and 100 represents a material of infinite elastic modulus.

Durometer is a dimensionless quantity, it represents a relative comparison of hardness between different, yet similar grade of materials, having hardness measured on the same durometer scale. The whole idea to develop a Shore hardness scale, was to have a point of reference to compare the hardness between various kinds of non-metallic materials, such as soft rubbers, elastomers, plastics, foam, gels etc.

Why does Durometer Shore Hardness Selection is Important?

Product designers, consistently use this information in conjunction with other material properties to make the best material choice. For product designers, it's an important consideration to determine the hardness of plastic or TPE’s they are intending to use. Therefore, great importance is given to the material hardness selection on the consumer products, medical, healthcare or industrial products. This may become evident when considering cosmetic effects such as scratching or surface gloss deterioration from the rubbing of mating materials together. Harder polyurethane or plastics materials can be substituted for metal parts or high impact resistant applications due to greater resistance to flex.

Are you looking to get your prototypes or production parts made out of Rubber or Plastic?

Please feel free to fill up our online quotation form for obligation free quote.
Get Quote